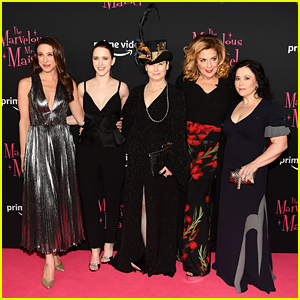 The Marvelous Mrs. Maisel continues to be a hit.

The third season of the hit series resulted in double the viewership of Season 2, according to Nielsen numbers released on Tuesday (January 14).

According to the firm, the show had the highest number of any Amazon Prime Video shows rated to date.

The first episode of Season 3 “brought in an average minute audience of more than 2.1 million on its first day (December 6), up from the previous season’s first episode, which drew 972,000 on Day 1. Across all episodes on premiere day, Season 3 drew more than 600,000 viewers, compared with 240,000 for Season 2. On a full-week basis, the first episode of Mrs. Maisel‘s new season, which takes the characters on the show-biz road as its title character plays Las Vegas and Miami, reached about 5.5 million viewers. In terms of average viewership by day, Season 3 of Mrs. Maisel had an average minute audience of 3.2 million viewers across its first seven days, eclipsing the nearly 2 million recorded by Season 2,” Deadline reported.

62% of the show’s viewership is female, which is higher than the 52% average for Amazon originals.