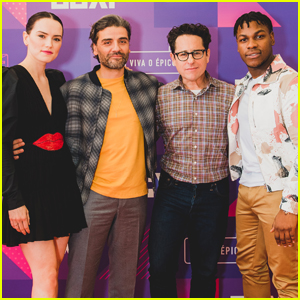 The stars of Star Wars are getting ready for the release Star Wars: The Rise of Skywalker!

During the event, the cast teased what to expect in the new movie – and J.J. said he “can’t wait” for fans to see the return of villain Emperor Palpatine.

“That character, as you’ll see, he’s got such extraordinary power. I can’t wait for you to see how and why that character’s back and what it means for these characters,” J.J. said while gesturing towards Daisy, John, and Oscar.

Also during their panel, the stars debuted the below promotional video.

Star Wars: The Rise of Skywalker hits theaters on December 20!