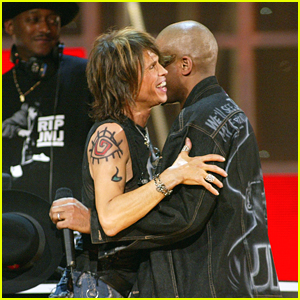 Run-DMC and Aerosmith are reuniting!

The legendary hip-hop troupe and the rock band will reunite for a performance at the 2020 Grammys on January 26, Variety reported on Tuesday (January 14).

“The duo are not expected to perform with the Boston group for their entire set — which makes it seem likely that the band will perform a career-spanning medley, as artists often do on the show, and Run-DMC will join them for ‘Walk This Way,’” the outlet reported.

Aerosmith were previously announced as performers along with acts like Billie Eilish and Lizzo.

The event will be hosted by Alicia Keys, and will be broadcasted live on CBS from the Staples Center in Los Angeles, starting at 8 p.m. ET.