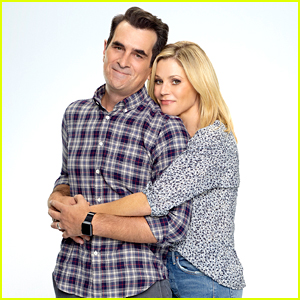 A recurring character was killed off of the January 15 episode of Modern Family. The audience said goodbye to Frank, played by Fred Willard. Frank is the father of Phil Dunphy (played by Ty Burrell).

In the episode, Phil goes to check in on his dad, who was found wandering around a supermarket for hours.

Later, you hear a voiceover from Phil.

“When I was growing up, he was the cool dad,” Phil said. “He was hip. He knew all the dances from Grease [and] he knew all the expressions — BFF: Best Friends Forever, TMI: Too Much Information, BJ: Blue Jeans.”

“We didn’t do much that [last] day, but it might have been one of the best days I’ve ever had with my dad. I just didn’t know it would be the last.” You then realize that Phil is giving a eulogy, and that his father passed. “Don’t miss a chance to let the people you appreciate know that,” he added.

The character of Frank appeared in 14 total Modern Family episodes over the years. This is the show’s final season.

This is not the first time a Modern Family character was killed off.