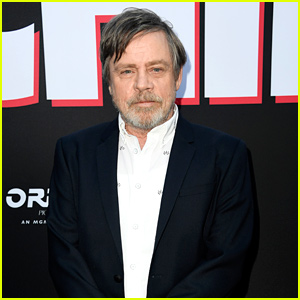 Mark Hamill is sharing the results he got after trying out the viral Star Wars Instagram filter.

The 68-year-old Star Wars actor got Luke Skywalker – whom he plays in the films – but it took him a few tries!

“What are the chances I would get THIS guy? Never tell me the odds…..” Mark captioned the video, adding as a hashtag, “It Actually Took Me More Than 20 Tries.”

The filter chooses which Star Wars character the user most resembles. (If you missed it, see who Robin Williams‘ daughter Zelda got while testing out the Disney character filter.)