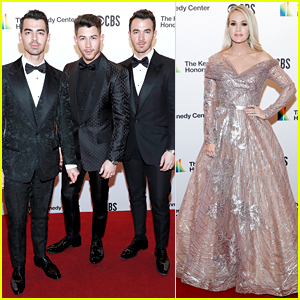 The Jonas Brothers look so handsome while walking the red carpet at the 2019 Kennedy Center Honors event on Sunday (December 8) at the Kennedy Center in Washington, D.C.

The JoBros and John both performed during a tribute to Earth, Wind & Fire. Carrie and Trisha were both part of a tribute for Linda Ronstadt.

20+ pictures inside of the Jonas Brothers, Carrie Underwood, and more at the event…