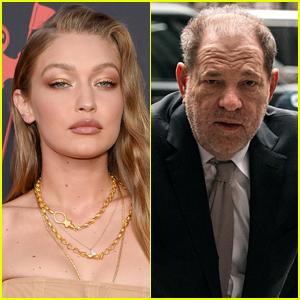 Gigi Hadid has been dismissed from jury duty at a Manhattan courthouse on Thursday (January 16).

If you don’t know, Gigi was one of the hundred New Yorkers called into to potentially serve on the jury of the upcoming Weinstein trial. Today, it was decided by lawyers that Gigi would not be on the jury, TMZ reports.

This is considered Gigi Hadid‘s jury duty service, despite not sitting on an actual jury.

Also pictured: Gigi Hadid arriving at the Manhattan courthouse shortly before being dismissed from service.