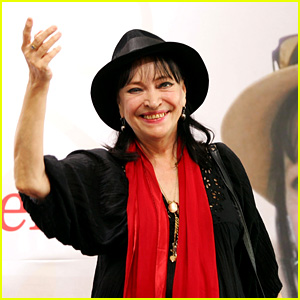 The French actress and singer, who starred in films including A Woman Is a Woman, Band of Outsiders and Alphaville, passed away with husband Dennis Berry at her side at the age of 79 on Saturday (December 14) after a battle with cancer in Paris, France, her agent confirmed to THR.

Anna was married to acclaimed director Jean-Luc Godard from 1961 to 1964, and was considered his muse, starring in several of his famous films.

She starred in over 50 features in her prolific career, including Before Winter Comes, Laughter in the Dark and ReginaRoma.

Prior to her work as an actress, she starred in commercials and was a fashion model and pop singer, releasing two hit singles, “Roller Girl” and “Sous le soleil exactement” and an album for the 1967 musical Anna, as well as 1999′s Une histoire d’amour.

Our thoughts are with Anna‘s loved ones at this difficult time.